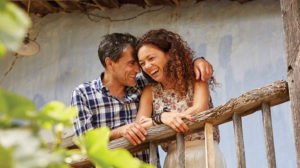 Accurately diagnosing the illness of depression and seeking out the appropriate course of treatment is critical. The journey to care for 6.7% of the population that suffers from depression began many years ago with poltices, chants, and home remedies. It wasn’t until 1958 that science and medicine took a giant step forward. During the years that followed the belief was that the disease of depression was due to a “chemical imbalance” of neurotransmitters such as serotonin, norepinephrine or dopamine. As we moved into the 21st Century depression was recognized as a disorder of synaptic plasticity and neural interconnectivity. Accordingly, treatments had to keep up with the diagnoses and changes in etiology.

The APA (American Psychiatric Association) says that depression is a serious medical illness that negatively affects how you feel, the way you think, and how you act. Since many medical illnesses and medications can mimic depression, it is mandatory that depression should be diagnosed and treated by medical specialists known as psychiatrists, which are trained in these areas. To begin a quest for relief by not turning to a psychiatrist is like asking a mechanic to build a watch.

Over the past nine years, psychiatry has experienced significant growth in treatment modalities making it more efficient for patients who suffer from depression (and related illnesses) to improve and achieve remission. The following is an overview of these:

1. GENOMIC EVALUATIONS
Approximately 15 years ago Mayo Clinic released a product that allowed us to look at the genes that prepare the cells and assist us in selecting medications that are most compatible with the patients underlying genes. This has decreased the guess work and facilitated the choice of anti-depressant medications. Although not a fool proof method we can now see the patterns of responses medications can cause for each individual and accordingly save both time and money. There are now several companies that offer these tests.

2. TMS (Transcranial Magnetic Stimulation)
By harnessing electromagnetic power, we have been able to “reboot” the brain in such a way as to decrease the suffering they experience from depression and in many cases go to full remission. This is done with a machine that provides a fixed number of pulses in a given time to a specific area at 10 Hz. The area of the brain is referred to as the Dorsolateral Prefrontal Cortex (DLPFC)There are no significant side effects and it is covered by most third-party payers.

3. KETAMINE
Following on the heels of TMS was the use of IV Ketamine, which has a significant impact on effectively treating major mood disorders, as well as PTSD and Bipolar illnesses. Ketamine was originally used as an anesthetic agent, but it was discovered to have had significant anti-depressant properties and is seen as a most potent anti-depressant agent. At the present time, this has not been approved by the FDA but is still used in an off-label status by many physicians.

4. TBS (Theta Burst Stimulation)
Progress continued and TBS became the next tool. The brain and the human body operate at 50HZ and hence it was used as a way of treating depression and other related illnesses. Using a 50 Hz coil, we became able to treat the same patients we see with TMS but in less time and with the same efficacy. This procedure has been approved by the FDA, but third party has yet to offer payment despite its temporal and anti-depressant efficacy.

5. QEEG (Quantitative Electroencephalograms)
Utilizing FastFourier Transformations (a mathematical process) we are able to look at the EEG tracings with a pictorial representation. We can now look and see if the patient should not be getting TMS but would do better with TBS. We can look to see if there were indicators of using the right-sided DLPFC (Dorsolateral Prefrontal Cortex) treatment rather than the else left-sided. We are also starting to look at micro-states that seem to show the difference in right, left, front and back wave activity in resting states. This could begin to point to different brain patterns for different diagnoses

6. ESKETAMINE
Most recently the FDA, on March 5, 2019, has approved the use of an Intranasally delivered Ketamine (Esketamine) in a series of tightly regulated infusions. These will be used for patients who suffer from Treatment Resistant Depressions (TRD). Medical practices will be selected to follow specific guidelines and follow the patients quite carefully for any untoward events.

In short, we have indeed moved along the path of progress. We at Psychiatric Associates of Southwest Florida have prided ourselves in having embraced and used (or plan to immediately use) the technologies above to better care for our patients. We look forward to continuing to serve SW Florida in a compassionate and technologically sound manner.

About Dr. Robert Pollack
Robert W. Pollack, M.D. CEO is a Florida-licensed Board-Certified Psychiatrist. He has been in practice since 1977 and has served the public in many capacities. The American Psychiatric Association Board of Trustees, January 1, 2015, has granted him Life Fellow status.

At PASWFL, appointments are scheduled quickly, often within one week of your call. For more information on any of the above treatments, please visit his website at paswfl.com, or for more details about the office, call 239-332-4700. 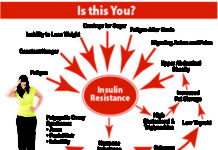 No More Resolutions to Lose Weight! 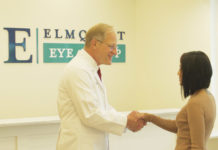 Kick off the New Year with an Annual Eye Exam 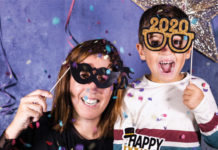 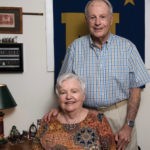 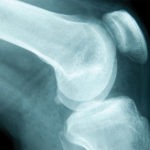 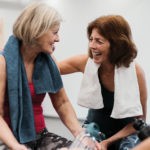 Integrative Medicine: IWhat Kind of Hippie Dippie Stuff is That?